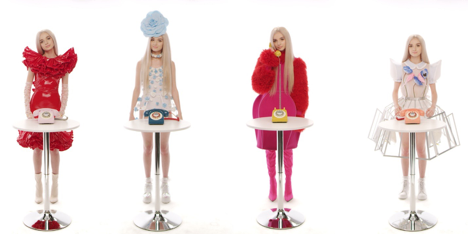 CURRENTLY IN THE MIDDLE OF HER SOLD OUT “POPPY.COMPUTER” US TOUR

The song and “Poppy.Computer” album are available for digital download and streaming via all participating digital retailers HERE.

Poppy is currently on her sold out US “Poppy.Computer Tour.” The highly-anticipated tour continues its UK leg December 13th in London.

“By the time I receive an invitation to attend poppy’s album release party at the YouTube space LA I am a woman possessed. For a week now I’ve been trying to crack the code to this mononymous, mysterious entity that has taken the web by storm” – FLAUNT

Poppy’s YouTube channel has amassed over 222 million views to date. Her channel has captured the attention of everyone from Diplo and Katy Perry to WIRED Magazine and most recently Apple which mentioned Poppy’s song “I’m Poppy” at the Keynote WWDC 2017.

View all posts by philiplaniere